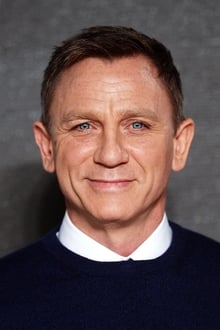 Daniel Wroughton Craig is an English actor, best known for playing British secret agent James Bond since 2006. Craig is an alumnus of the National Youth Theatre and graduated from the Guildhall School of Music and Drama in London and began his career on stage. His early on screen appearances were in the films Elizabeth, The Power of One and A Kid in King Arthur's Court, and on Sharpe's Eagle and Zorro in television. His appearances in the British films Love Is the Devil, The Trench and Some Voices attracted the industry's attention, leading to roles in bigger productions such as Lara Croft: Tomb Raider, Road to Perdition, Layer Cake and Munich.